Everyone is raving Little Women and its cast. Another uncredited star, however, is Cooper Lace! Our lace curtains appear in almost every frame of the film, creating a luscious historic atmosphere.

In July of 2018, I traveled to the film’s production office just outside of Boston to consult with set decorator Claire Kaufman. I made a formal presentation of our line and discussed the sizes and finishes available. On a later visit, I met Helen Rasmussen, the legendary draper, whose work I’ve admired.

Below are a few photos from the production. I encourage you all to see the film for the stunning, evocative sets.

Jo March and Our Madras

Here, Jo March (Saoirse Ronan) reads in front of our exclusive Cherwell Madras panels. Cherwell is designed by William Morris and is one of our most popular patterns.  On set, it coordinates wonderfully with the wallpapers provided by our good friends at Bradbury & Bradbury Wallpapers.

In a most noteworthy scene, Beth March (Eliza Scanlan) visits the house of wealthy neighbor Mr. Laurence and plays his grand piano while facing our Wreath lace curtains.

This publicity depicts director Greta Gerwig directing Meg March (Emma Watson) who stares out through our Lucynda lace curtains. In fact, these are a favorite of set decorators and historic homeowners alike.

Many of our other patterns are on display throughout the production. For example, Old Colony is featured prominently in the sister’s bedroom. Also, watch for shots where Grecian and Empire make their appearance.

I’ll be back soon with another post; Cooper Lace is being used in dozens of films and television series!

The More Things Change… Welcome to Cooper Lace’s new website! We hope you find it easier to navigate and more informative about our extensive line of historic lace curtains. The update was needed as we’ve become the largest historic lace curtain company in North America! Recently, a client forwarded some old newspaper clippings of lace curtain shops from a century past; it was charming to see that there was a Cooper’s Lace Curtains back in 1910 Altoona, Pennsylvania! Of course, the prices have gone up a bit, but we strive to offer the same personalized service as that of a local shopkeeper, even as we ship to customers all over the world. I’ll be updating this blog as frequently as possible, and sharing with you interesting side notes about the projects we’re working on, tips on how to work with lace and new designs. -Dan Cooper 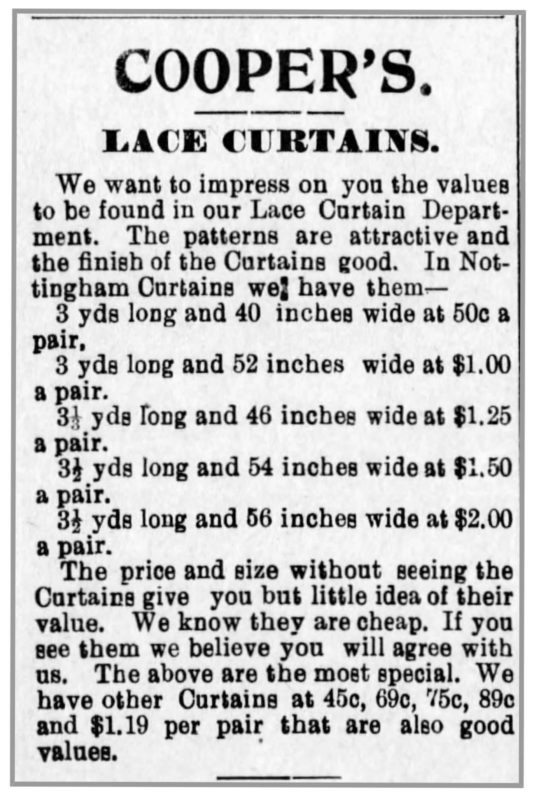 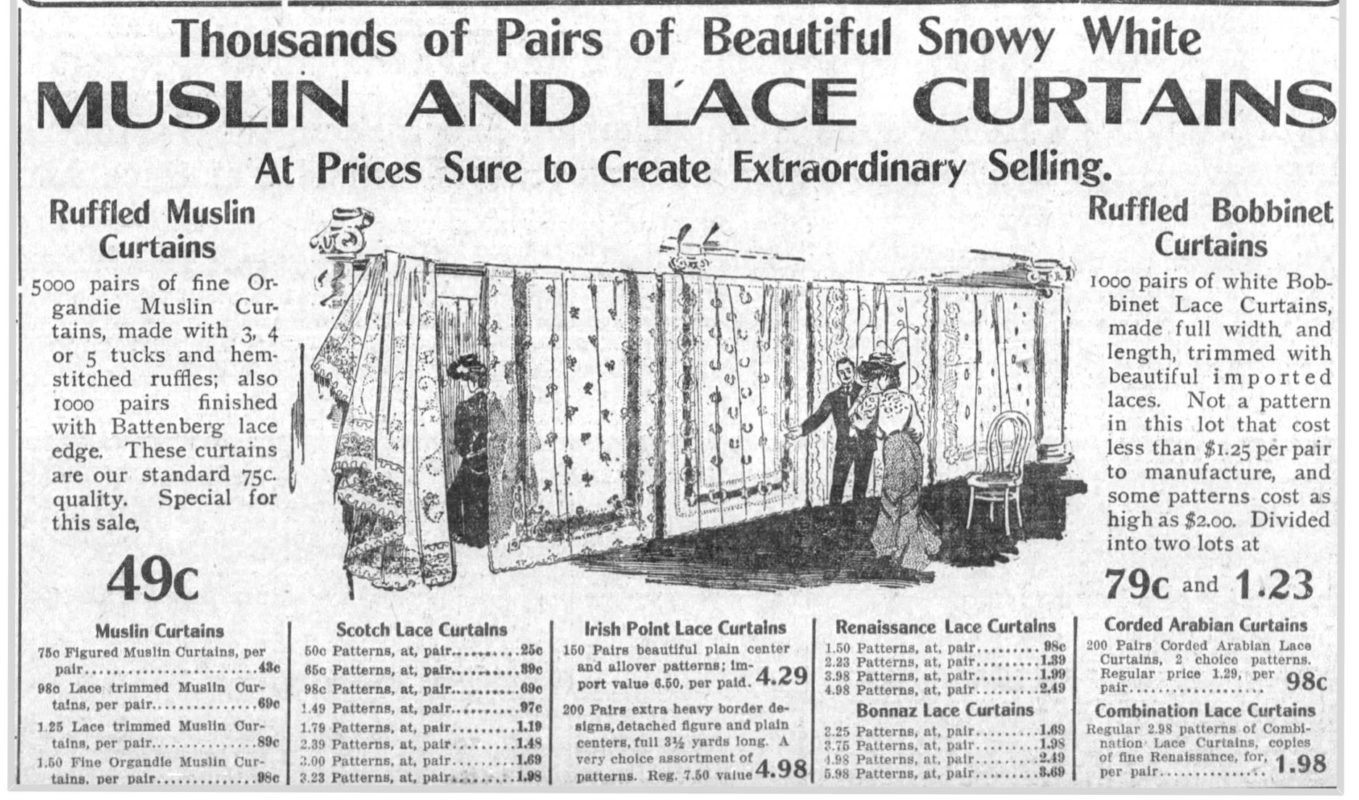 Founded in 2007, Cooper Lace is the largest North American resource for Scottish Cotton Lace Curtains in both Nottingham and Madras weaves. This is where we keep you updated with our latest news!